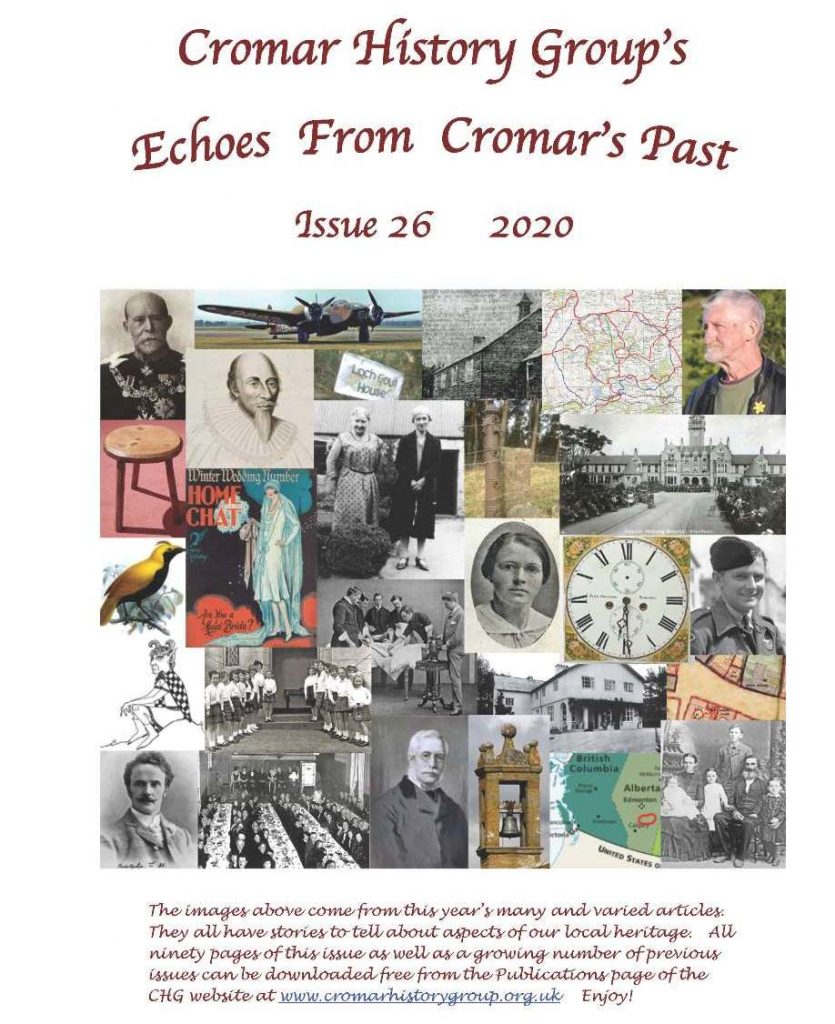 You can download the complete edition as a .pdf file Here. It is about 16 megabytes in size.

Or you can download the individual articles listed below:

Selling Cromar: 1884-1897 – Simon Welfare unravels the story behind the change from tenancies to ownership in Tarland

Sir William MacGregor: from Crofter to Colonial Governor  – Veronica Ross tells the story of a local crofter’s son who made his mark around the world

There’s No Place Like Home!  – Some reflections by Mildred Coutts on how happy she was – last year

Tarland, The Village – This poem by Robert L. Fyfe makes some interesting references