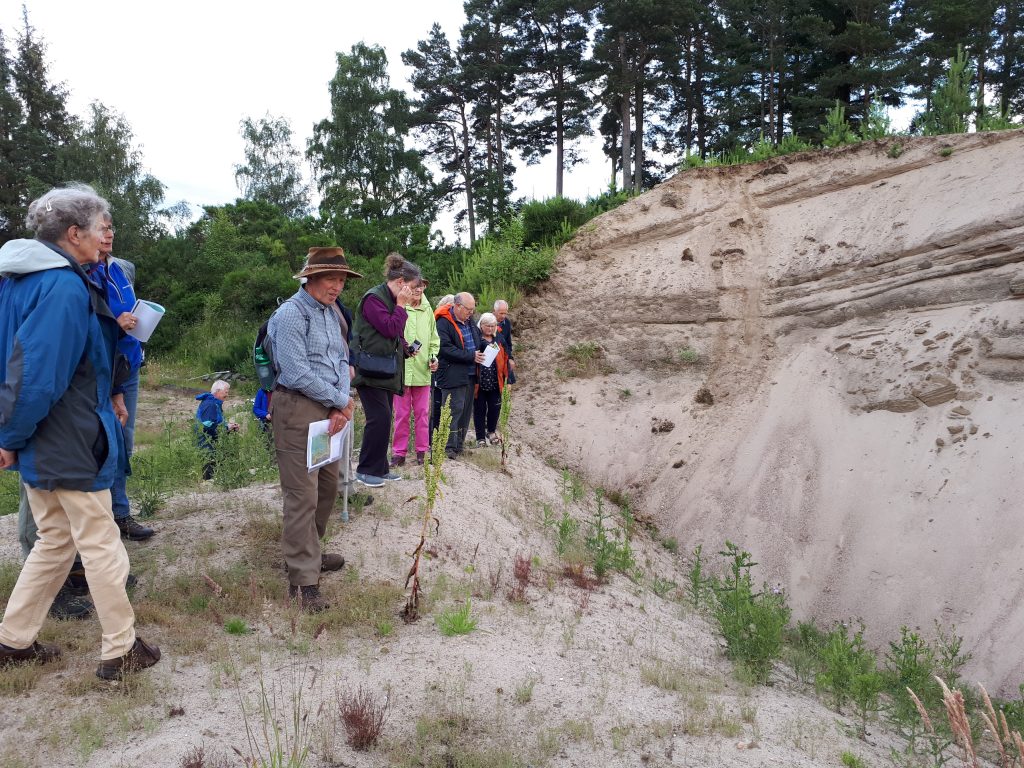 At the quarry face

Fourteen members gathered for an evening outing to the old sand quarry near Alastrean House. We were led by  Peter  Craig, our in-house geologist.  First we looked at the layers of sand exposed by the quarrying while Peter explained the process of glaciation and how the sand carried by the  melting water running off the glaciers would be deposited when the streams  ran into the still waters of a lake. After all the ice had melted,  the lake would have drained away leaving the big piles of sand that persisted until quarrying began. 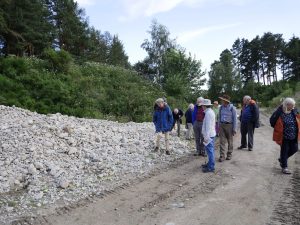 Next we looked at the jumble of different types of rock mixed through the sand, granites, gabbro sandstones, schists and quartzite. The only type of rock that can be found in outcrops around Tarland is granite so all the others must have been carried to Alastrean by the moving glacial ice and by the streams of melting water that ran under the ice. The land shapes we see around us now were all formed by these powerful natural forces. 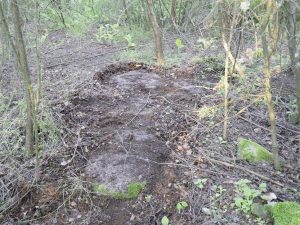 Flagstones, remnants of the Medieval Hall

Finally an intrepid bunch braved the climb through tangles of nettles to the site of  a possible medieval hall which was discovered by archaeologists in 2000 when a planning application was placed for the expansion of the quarry. To our surprise the flagstones that paved the floor of the hall were still there just under the moss. This is one item of local history that warrants  more exploration. Our thanks to Peter for an enjoyable eveing.